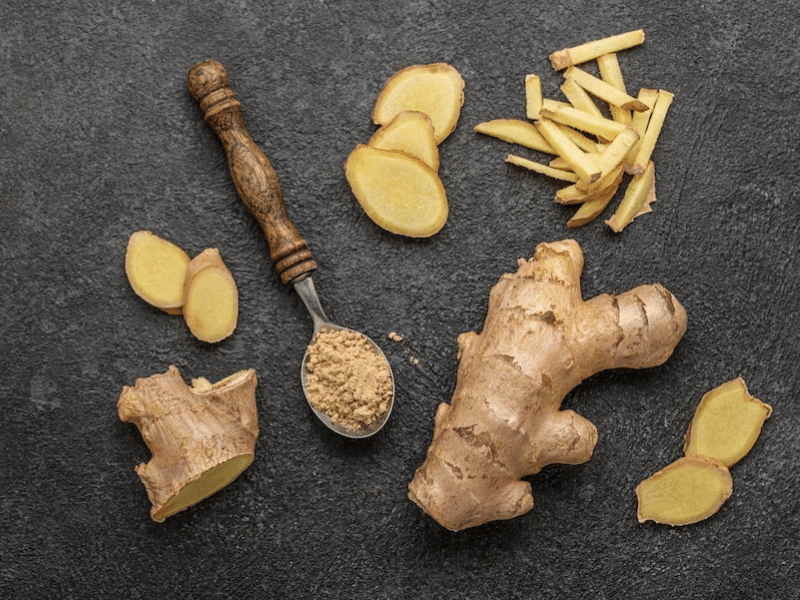 Ginger is an incredibly versatile and powerful root. It has been used for centuries to treat a variety of ailments and promote overall health. In addition to its delicious taste, ginger has many surprising benefits that you may not be aware of. In this blog post, we will explore the top 10 benefits of ginger that you probably didn’t know. We will look at how it can help your digestion, reduce inflammation, and more. By the end of this post, you will know more about the powerful effects of ginger and be able to incorporate it into your diet in new and exciting ways.

Ginger has long been known for its anti-inflammatory properties. Studies have shown that consuming ginger may help reduce inflammation in the body, as well as relieve pain and discomfort. The active compounds in ginger can help inhibit the production of inflammatory mediators, such as prostaglandins, cytokines, and histamines.

It also has antioxidant properties which help fight free radicals, which can cause damage to cells and tissues. For those suffering from inflammation-related conditions, such as rheumatoid arthritis, osteoarthritis, or inflammatory bowel disease, incorporating ginger into your diet may be a beneficial choice. You can add fresh ginger to your dishes or drink ginger tea to reap the benefits.

Ginger has been found to have positive effects on the brain, including improved cognitive function, better memory, and increased focus. Studies have shown that ginger can help improve alertness and concentration, as well as reduce fatigue. Additionally, ginger may be beneficial in reducing anxiety and depression symptoms.
One study found that ginger extract was able to increase the level of certain antioxidants in the brain, including glutathione and superoxide dismutase, which are important for preventing oxidative stress in the brain. Oxidative stress can lead to inflammation and damage to cells, both of which can cause mental health issues.
It’s also believed that ginger’s anti-inflammatory properties could help reduce inflammation in the brain, which could help improve mood and cognition. Further research is needed to fully understand how ginger affects brain health, but the early evidence is promising.

Ginger has been shown to be effective in reducing blood sugar levels in people with diabetes. A study published in the Journal of Complementary and Alternative Medicine examined the effects of ginger extract on blood glucose levels in type 2 diabetic patients. The results of the study showed that ginger was able to significantly reduce fasting blood sugar levels and post-meal levels.

Ginger is one of the most powerful natural cancer-fighting agents available. Studies have shown that consuming ginger may help to reduce your risk of developing certain types of cancers. A study conducted in 2017 showed that ginger extract had anti-tumor effects on liver cancer cells. Ginger has also been studied for its effects on breast, colon, and prostate cancers, and it has been found to be beneficial in some cases.

Additionally, a study conducted in 2019 concluded that ginger compounds have a “significant inhibitory effect” on the growth of certain types of lung cancer cells. Ginger appears to be particularly effective against colorectal and ovarian cancer cells. While more research is needed to understand the exact mechanisms behind this potential benefit, consuming ginger may offer some protection against these types of cancers.

Ginger has strong antimicrobial properties that can help fight off infections. Studies have found that ginger extract is effective against some strains of the flu virus, as well as other respiratory infections like the common cold. It also has strong antibacterial properties, which makes it useful in treating skin infections caused by bacteria such as staphylococcus aureus and pseudomonas aeruginosa.

Additionally, research suggests that ginger may be able to combat various types of fungal infections, including athlete’s foot. This is due to its ability to inhibit the growth of certain species of fungus, such as candida Albicans. The antimicrobial properties of ginger make it an excellent natural remedy for fighting infections.

The following links will provide you with more information: